On the Photographic Production of an Angolan Anthropologist

During the Angolan civil war (1975-2002), Ruy Duarte de Carvalho, an agronomist by training, began to be a filmmaker, and later became an anthropologist, a teacher and a writer. In the early 1990s, in his academic breaks as an university teacher in Luanda, Carvalho conducted sporadic fieldwork in Southern Angola.

Carvalho had already an affinity with the region, from his childhood in Moçamedes in the 1940s and 1950s. In the late 1970s and early 1980s, as a state-sponsored filmmaker in recently independent Angola, he directed several documentaries and the only Angolan feature fiction spoken in an African vernacular language.

The feature fiction film was shot in 1981 in collaboration with a few villages around Chibia, in the Huíla province, among Ovamwila agropastoralist communities. Working with recent portable 16mm film cameras, the small team included a photographer that made 35mm B&W film scene and set photographs during the shooting – of the film décors and actors.

Over the 1990s, Carvalho’s developed ethnographic field research on the Ovakuvale, known as transhumant shepherds who circulated on the territory. During several annual fieldwork missions, Carvalho produced several 35mm color and B&W films with a snapshot camera. A limited selection of those field photographs was published in the book Vou Lá Visitar Pastores (1997, Cotovia).

In Vou Lá Visitar Pastores the images are printed in two tones (with neither color nor grey scale) and submitted to high contrasts. The transformation has close affinities with some of Carvalho’s earlier drawings.

This suggests a radically different aesthetics from both the usual ethnographic and humanist photography of African subjects and topics. 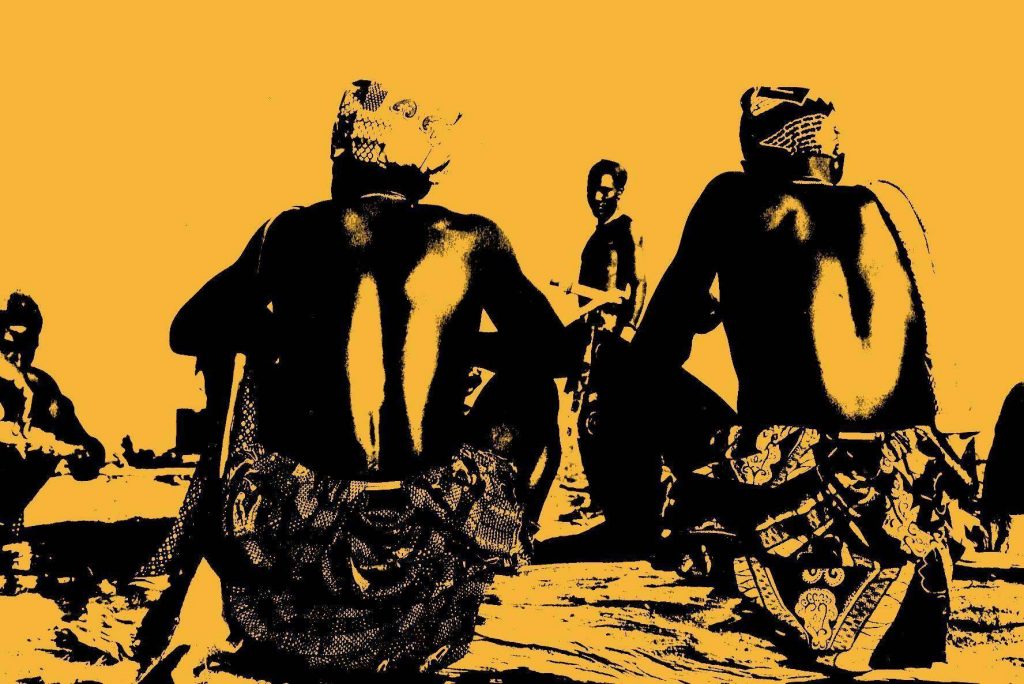 The collection of about 40 sheets of both colour and B&W 35mm photo film made during his fieldwork with Ovakuvale communities, is part of Carvalho’s personal archive.

Mobilising Archives worked with Carvalho’s personal legacy, and produced a display of the relation between the overall Ovakuvale photographs and Carvalho’s evolving steps for selecting the images published in Vou Lá Visitar Pastores.