The temporal frame in which the overall photographic production of the three ethnographers addressed has taken place – from the 1930s to the late 1990s –, motivated the construction of a series of graphical understandings of several sorts.

This page gathers visual resources created in the research process, whether related to the region in which they used the photographic camera to depict the life of rural populations or the wider context in which they conducted their field photographic practice. 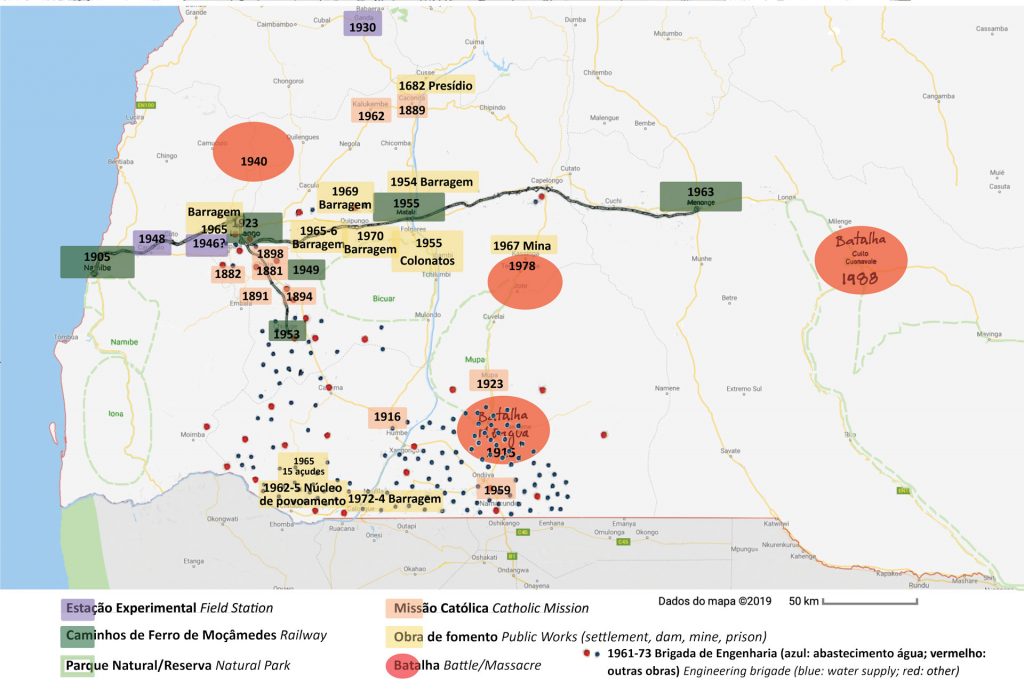 Two graphical devices attempting to draw historical events during the life and fieldwork experience of the three ethnographers, and to the region. 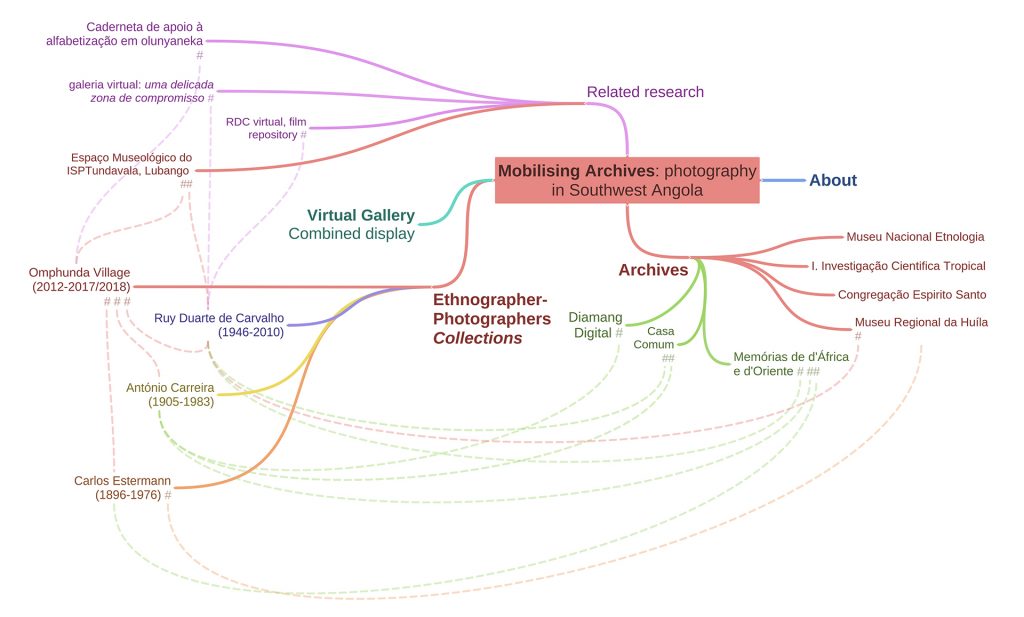 During the research, as concrete relationships were being found, which archives had prints and why, meant that the kept the project changing. Mapping the project had thus several updates. 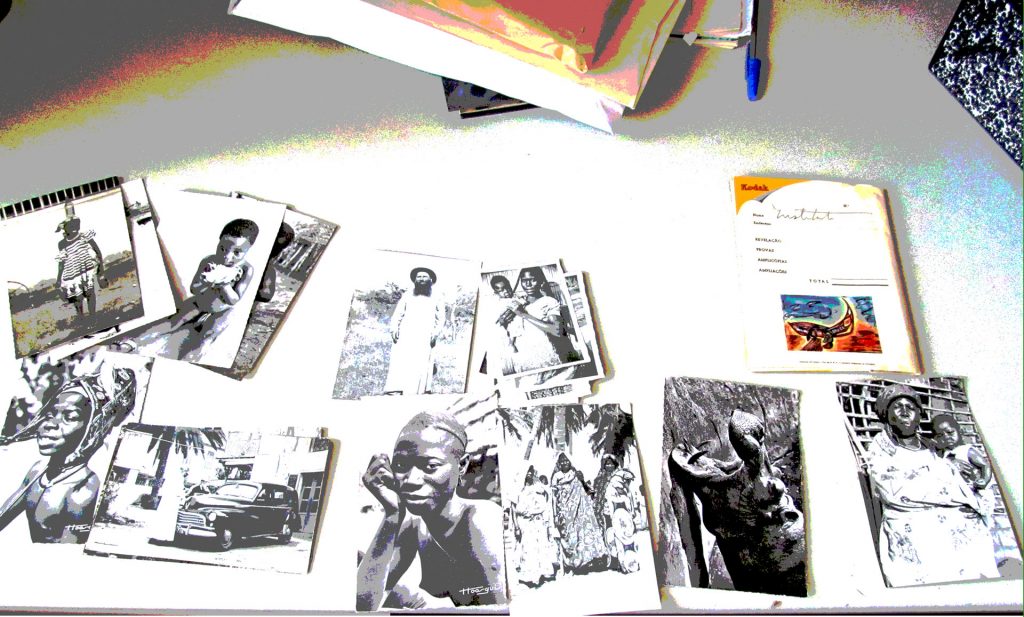 We took a photo camera to our research settings. The co-organisation of Imagined Pasts, an international workshop on colonialism, photography and archives, inspired picking an image made during an archival session to turn it the cover image for the call and the event.

The lifelong recurrence of visual field documentation: Carlos Estermann’s use of photographs

Some of Esterman’s ethnographic publications, from 1928 to 1974. 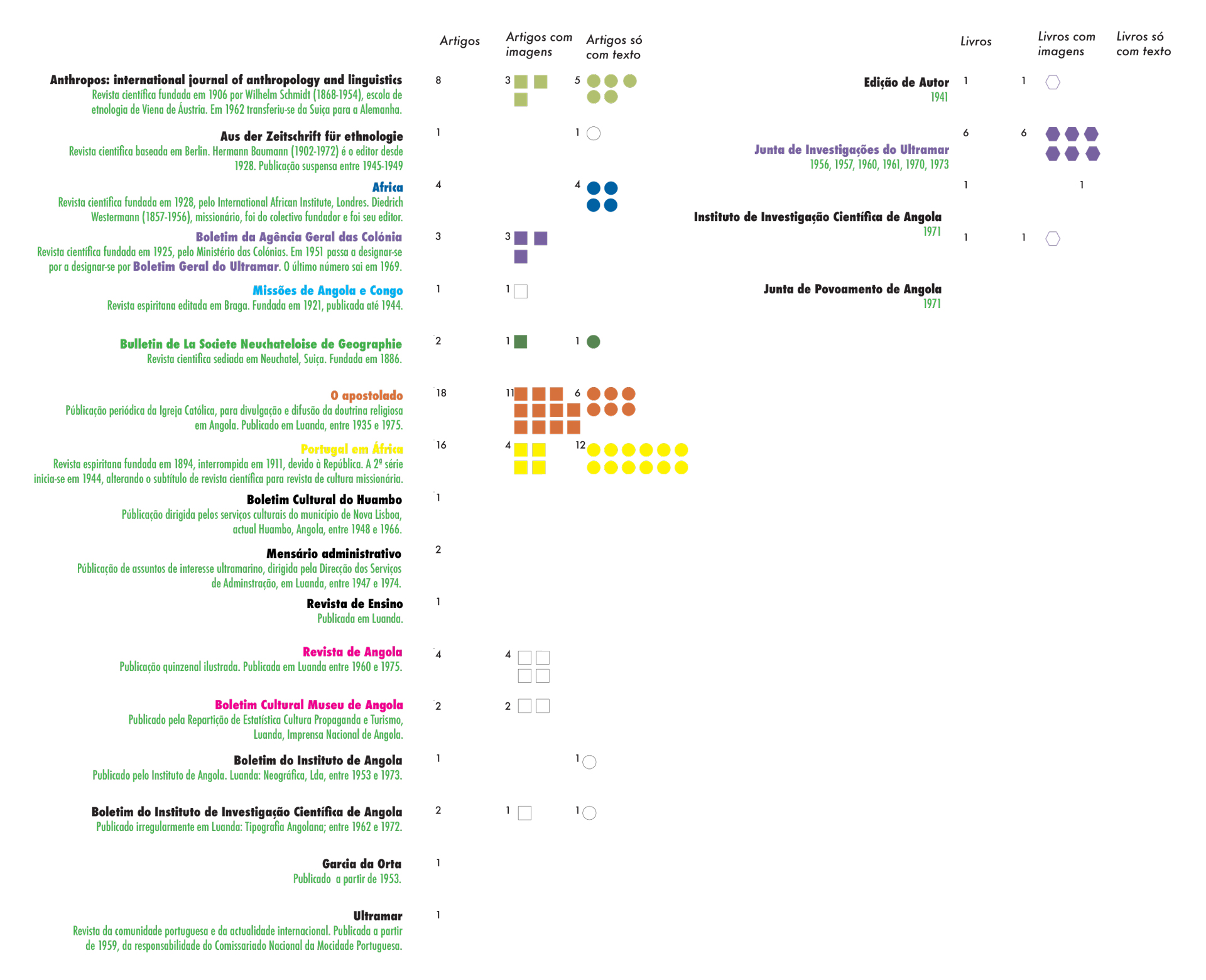 Estermann’s ethnographic writings with and without images

The South as a repetition: António Carreira’s field missions to Angola (1965-69)

Carreira carried out 5 missions of about 2 months each, every year from 1965 to 1969. The missions were coordinated by the Museum of Overseas Ethnology, and state funded.

The liberation struggle started in 1961, thus all of Carreira’s missions to Angola were conducted in a territory at war. The maps have signalled known attacks, by any of the intervenients, taking place in the same year.

Between 1964 and 1973, Carreira conducted 11 missions to then Portuguese Overseas territories, coordinated by the Overseas Ethnology Museum.

Yet during this period, there were other researchers of the museum who also conducted missions to Angola. As the archive mostly does not follow an organisation by mission/author, it became necessary to situate all missions to Angola.

It also became relevant to locate Carreira’s other 6 missions, 5 to Cape Vert, and 1 to Mozambique.

Carreira was born in Cape Vert and lived for many decades in the then Portuguese Guinea – currently Guinea-Bissau.