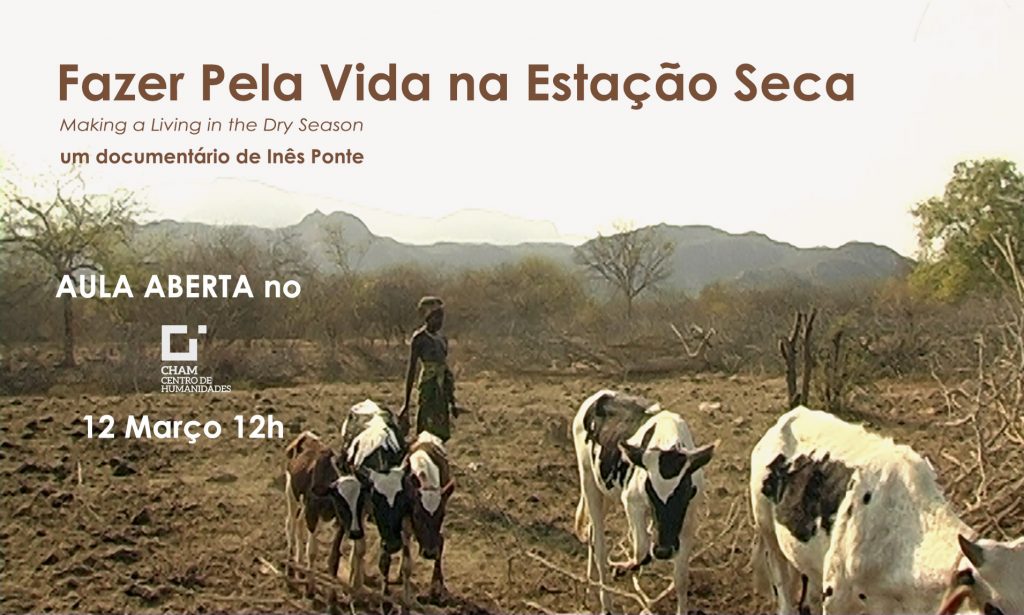 Inês Ponte will be the invited speaker at an open lecture at CHAM, where she will present and discuss the documentary film MAKING A LIVING IN THE DRY SEASON (angola, reino unido, portugal, 2016, 35 min), as part of the course Language and Culture of Portuguese Expression, coordinated by Ana Maria Martinho.

The advertisement of the Lecture can be read here.