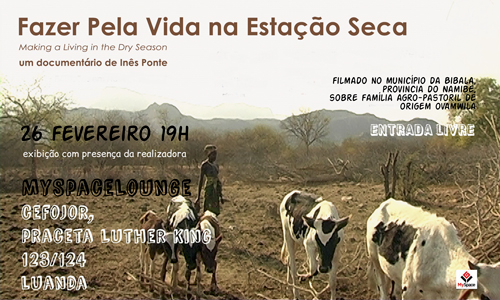 Special session with Inês Ponte presenting the documentary film MAKING A LIVING IN THE DRY SEASON (angola, reino unido, portugal, 2016, 35 min), at MYSPACE LOUNGE, in a session of open air cinema in Luanda.