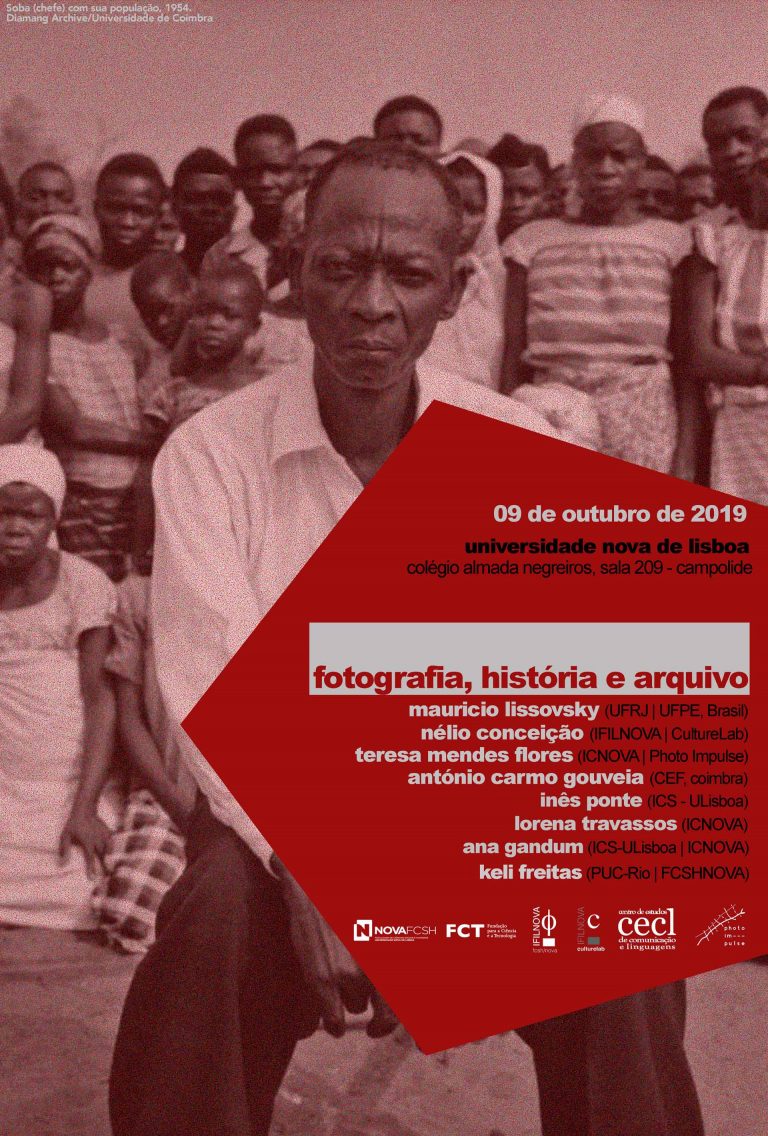 The conference Photography, History, Archive, addresses the frictions regarding the concepts of history, memory and archive, in the crossroads of distinct fields in Humanities and Social Sciences such as visual culture, arts, history, anthropology and philosophy. Photography is proposed here as an object of interception between these different domains, in order to stimulate a reflection on its role in the construction of narratives and counter-narratives, their temporal stratifications, their aesthetical and discursive possibilities.

The participation of photography in the construction of an historical meaning that covers many of its material and symbolic singularities will be addressed, such as photography’s historiographical and fictional abilities. Thus, the archive, as envisaged by authors like Jacques Derrida and Walter Benjamin, works as opening site to envisage different possible futures, such as the reorganisation of the sensitive world and the emergence of counter-ruling narratives.

Ana Gandum and Inês Ponte will take part in the conference as speakers.