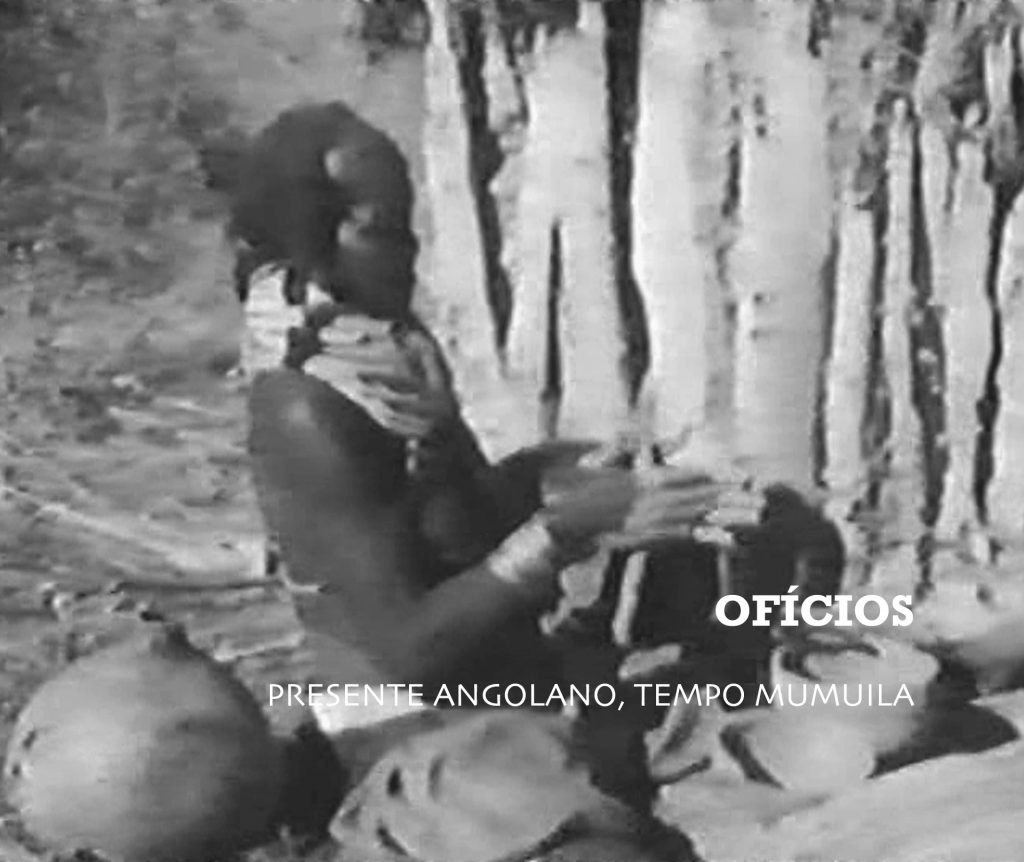 On the 21 November, 18h, took place in Lubango city, Angola, the first session of outdoors cinema at the Museu Regional da Huíla (MRH), with a programme dedicated to the rural life in the region. The session was opened by the Director of the Museum, Soraia Santos, and the film screened was Ofícios.

Ofícios [Crafts] (29min, DVD [original in 16mm]) is one of the episodes of the documentary series “Presente Angolano, tempo Mumwila“, produced by TPA in 1979, and directed by Ruy Duarte de Carvalho (1941-2010). The presentation of the film was made by the anthropologist Inês Ponte, who also moderated the debate after its screening.

Shot in June 1977 in the area of Chibia, Huíla province, the film portraits skilled crafts such as pottery, blacksmithing, kimbanda (healer) and hairdressing practised among the Ovamwila rural people in the Huila province, in Southern Angola.

The film is available online at RDC Virtual, a digital film archive dedicated to the work of the Angolan filmmaker who was also an anthropologist and writer, from Portuguese descent.

You can follow the activities developed by the Museu Regional da Huíla here.